Have you ever just had the absolute NEED for a large bowl of cheesey pasta? Warm, melty, comforting. These are just a few of the words that come to mind when I think of this dish! Shrimp and Cheesy Red Pepper Stuffed Spaghetti Squash completely satisfied my craving for a huge pasta bowl without ANY guilt.

What To Stuff In Spaghetti Squash?

Roasted spaghetti squash is SO good stuffed with some creamy laughing cow cheese, stir in a bit of roasted red peppers and dinner is served! I chose to top these bowls with shrimp and lemon and wow was it good!

My husband, Ryan, is not one for pasta substitutes. He hates cauliflower rice, hates zucchini noodles, and tolerates spaghetti squash. He even finished his entire bowl and that's when I knew I had a winner.

Using the perfect portions of the Laughing Cow cheese really helps not over do it on the cheese! Cheese is one of those things I can't live without but found that it is really easy to over eat. (I probably didn't have to tell you that though)

I also used jarred roasted red peppers from Trader Joes. So much flavor from these! It really adds some brightness to an otherwise heavy dish. I also nabbed the Red Argentian shrimp from Trader Joes and I was really pleased! Plump and yummy, you would never know they were frozen.

Here's how I did it!

How To Roast The Squash Preheat that oven to 350 degrees. While it heats up cut your spaghetti squash in half and scoop out the seeds. Then drizzle the olive oil over each side and season with salt and pepper. Roast this for 45 minutes until it easily shreds.

How To Make The Sauce In a shallow sauce pan sauté the onion in some olive oil. Add in garlic, Laughing Cow Cheese, almond milk, salt and pepper. Whisk until this combines.

The Laughing Cow wedges don't melt down right away so be patient! It will get creamy. Stir in the chopped roasted red peppers. Give it a taste and add salt or pepper if you want! Squeeze in half a lemon and stir to combine.

How To Cook The Shrimp Get the shrimp in a quick marinade by squeezing half a lemon over shrimp. Season it with salt and pepper and let it sit while your skillet heats up. Heat a bit of olive oil over medium high.

Toss the shrimp in the pan and let it sit for 1 minute on the first side. Flip them with a pair of tongs and once you have flipped each one turn off the heat! You don't want chewy shrimp. Nope.

Mix It All Up Once your squash is cooked, shred it into a large bowl, toss it with the sauce and add salt and pepper if it needs it. Top with the shrimp and a little green parsley. ENJOY! 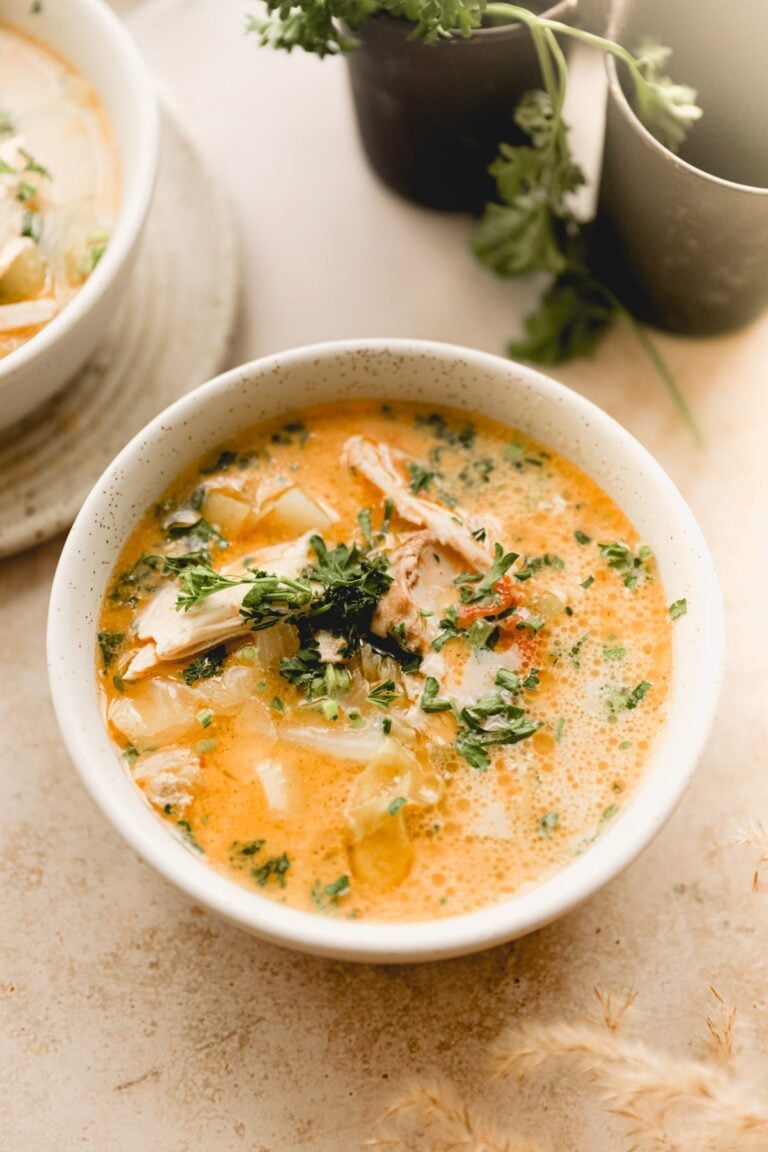 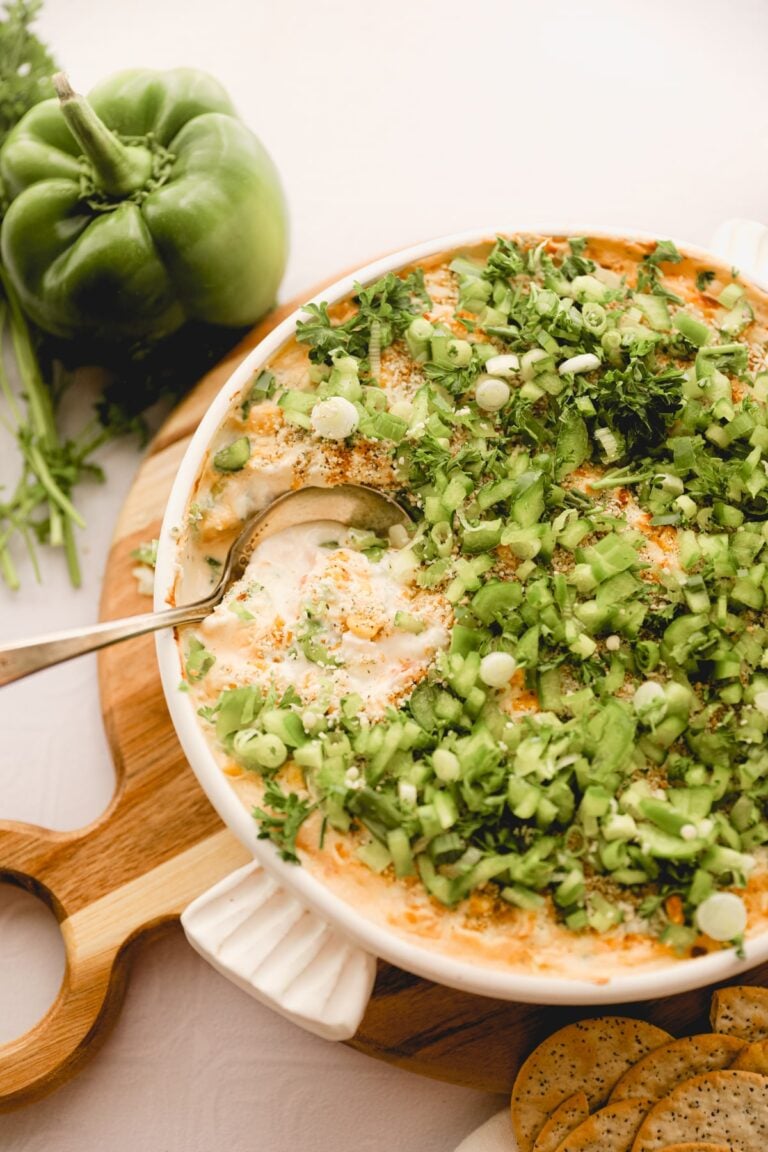 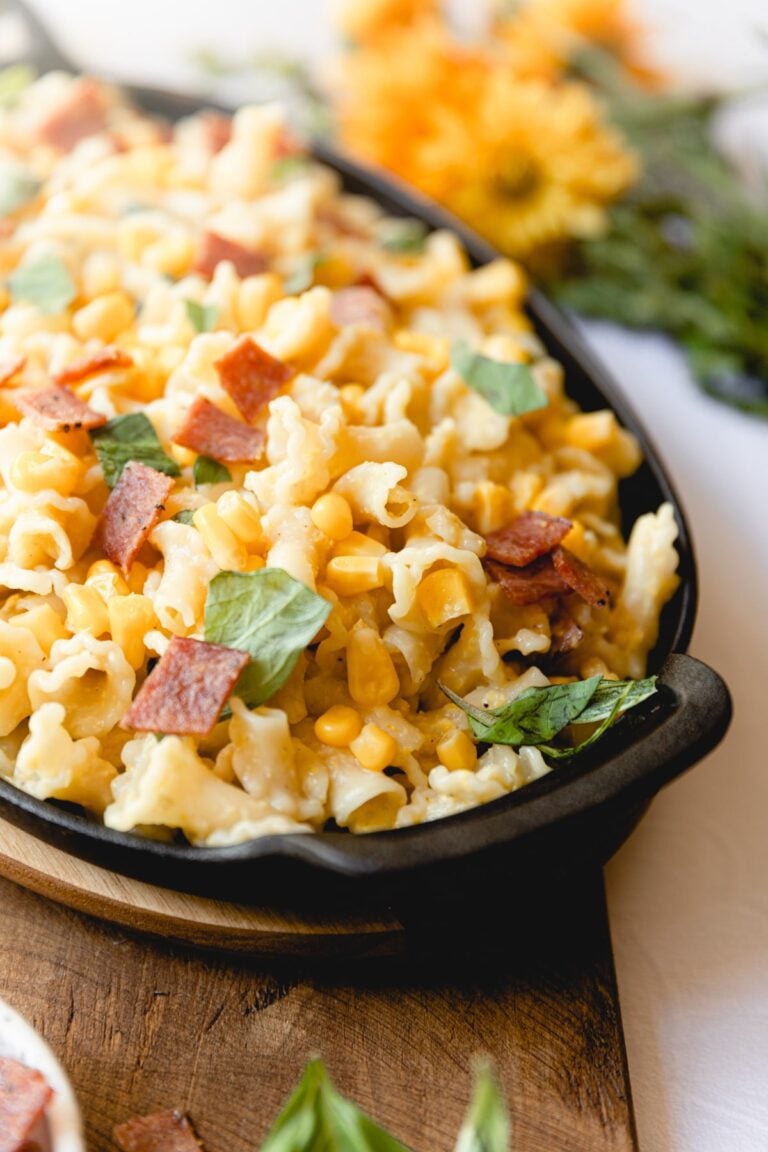 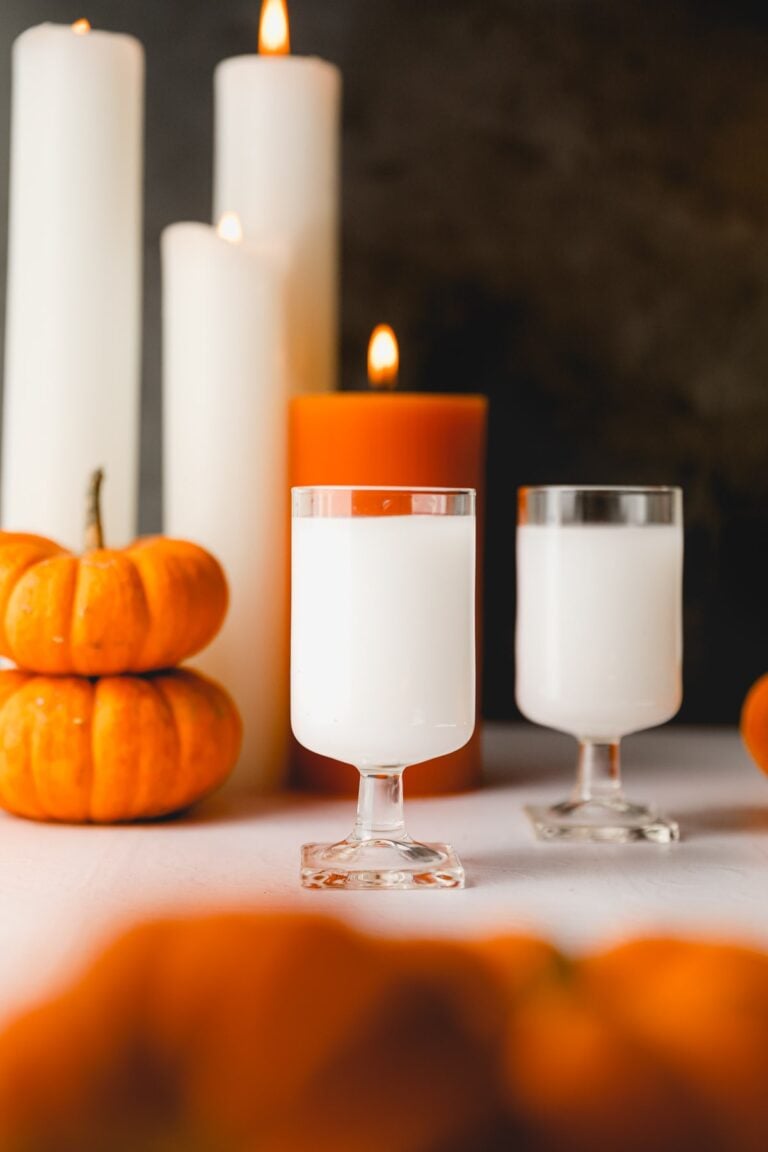 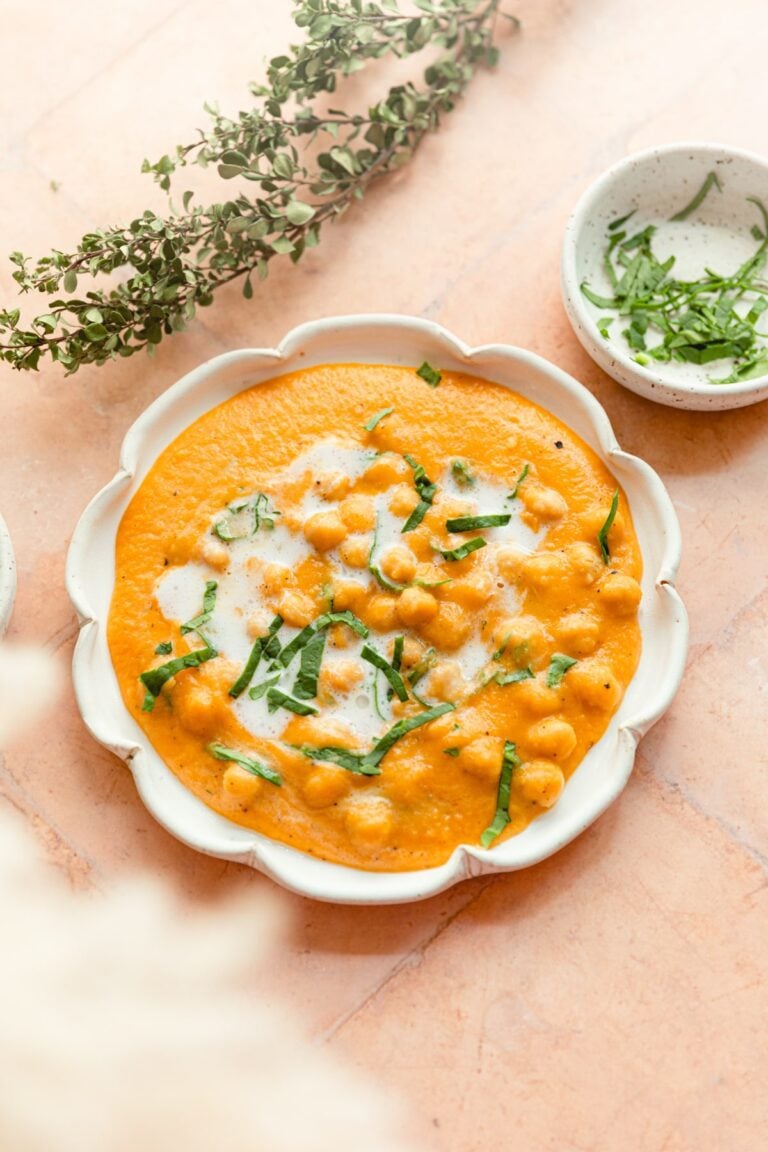 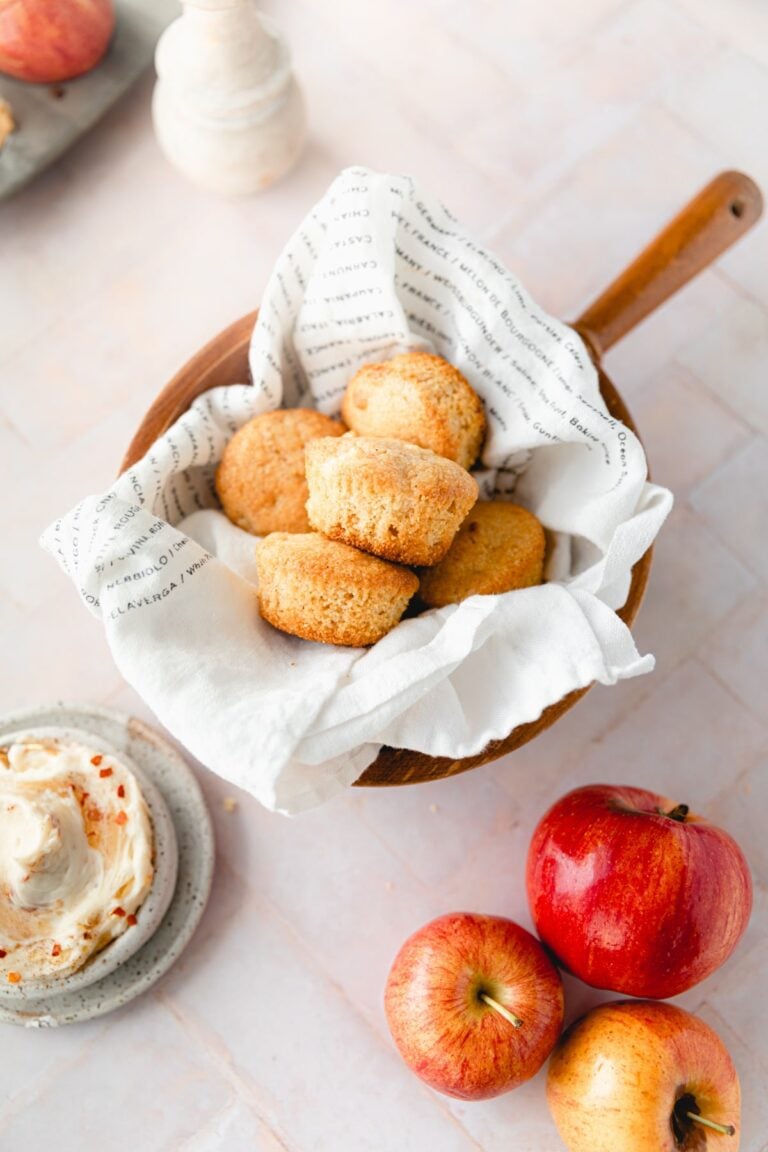 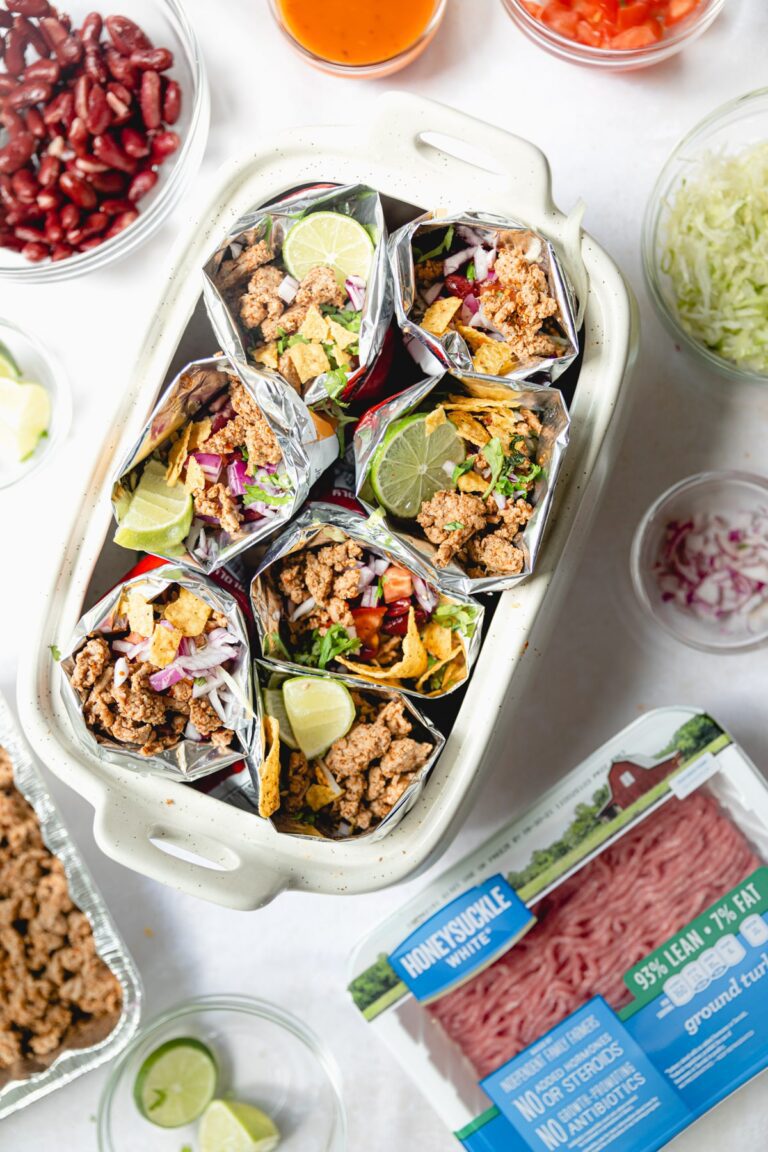